"Automated lamellar keratoplasty is a surgical procedure that uses 2 passes of the microkeratome—a handheld automated or manual instrument that creates suction on the globe and a high-speed oscillating blade that creates a corneal plane. The first pass forms the corneal cap, while the second pass removes a specified amount of underlying stromal tissue." Source: Mayo Clin Proc. 2001 Aug;76(8):823-9. Mannis MJ, Segal WA, Darlington JK. Making sense of refractive surgery in 2001: why, when, for whom, and by whom? Mayo Clin Proc. 2001 Aug;76(8):823-9.

The two photos below show the eye of a patient who had ALK. Green dye was instilled into the eye and then a special light was used to highlight diseased tissue. The circular object in the center of the cornea is the location of the ALK corneal cap. The dark areas are where the cornea is extremely dry. 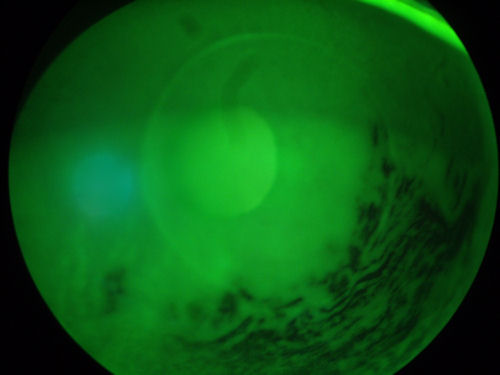 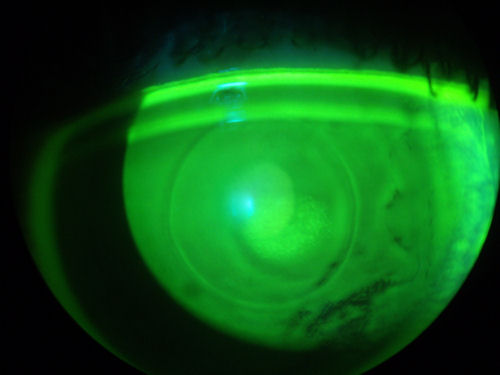 The photo below is the eye of a patient who had ALK in 2000. Note the ring around the central cornea where the cap was made. The cornea developed ectasia. The patient suffers from extremely distorted vision and severe dry eye. 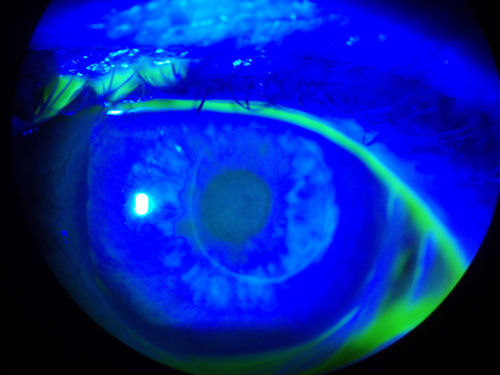 The following image was acquired using a technique called optical coherence tomography, or OCT. The instrument produces a cross-sectional image by scanning the front of the eye (anterior segment) with a beam of light. Think of it like an ultrasound using light instead of sound waves to create an image of living tissues.

What you see in this scan is a post-ALK cornea. The patient is wearing a large therapeutic contact lens, which is necessary to restore visual function lost after ALK. The white curved line at the top of the image is the front surface of the lens. Below that is a fainter white curved line representing the back surface of the lens. Between the lens and the cornea is space filled with saline solution, which has a grainy appearance. If you look closely, you can see the scar where the corneal cap sits on the thin posterior cornea. This image demonstrates that, once cut, the cornea does not fully heal and is forever fragile. Click on image to enlarge. 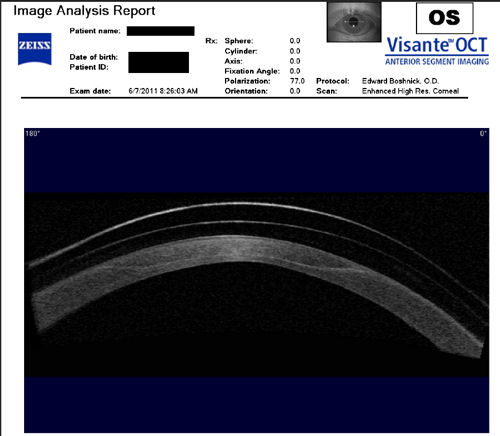 Below are photos of dry post-ALK corneas. Dry eye disease is common after all forms of corneal refractive surgery. Click photos to enlarge. 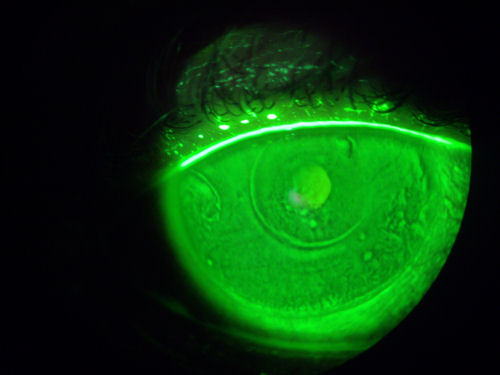 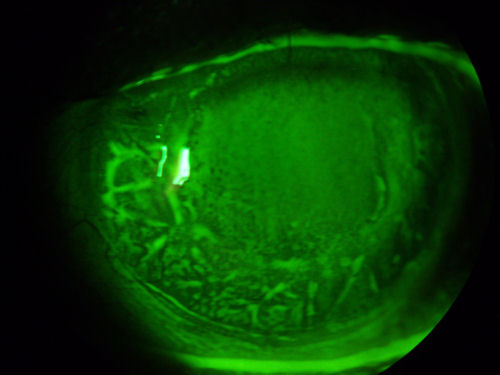 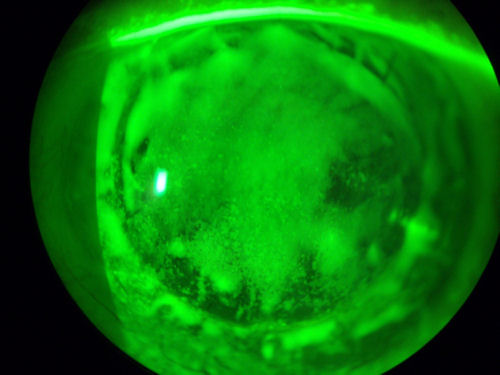 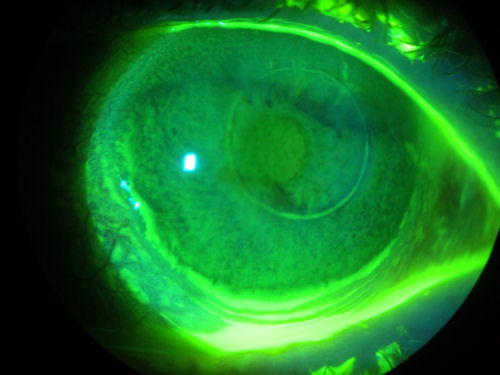 Disclaimer: The information contained on this web site is presented for the purpose of warning people about LASIK complications prior to surgery. Patients experiencing problems should seek the advice of a physician.