In memory of Colin Dorrian 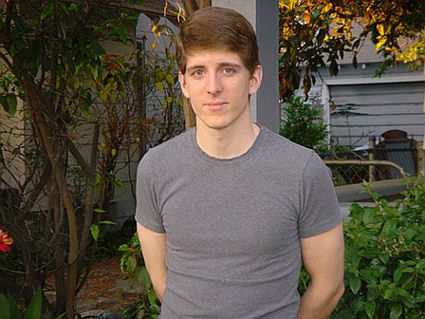 From the article: Frustration and even sorrow can follow any unsuccessful surgery, but when the procedure leaves a patient with unremitting eye pain or permanently impaired vision, the emotional toll can be particularly severe. One who could not endure it was Colin Dorrian, 28, a patent lawyer and aspiring medical student from suburban Philadelphia. He committed suicide last summer, 6 1/2 years after lasik surgery left him with lasting visual distortions. The surgery was done at a lasik center in Canada that has since closed. "If I cannot get my eyes fixed, I'm going to kill myself," he wrote in a note police found on his body. "I just cannot accept the fact that I'm supposed to live like this." In the note, Dorrian wrote that there had been other instances when he felt down. "I have other problems like most people do. But this is something else," he wrote. "As soon as my eyes went bad, I fell into a deeper depression than I had ever experienced, and I never really came out of it."

Perils of Lasik: Double Vision, Eye Pain and Even a Suicide - Lawyers and Settlements 4/28/2008

From the article: Colin Dorrian was a promising law school student when he sought relief from a chronic dry eye condition by undergoing Lasik laser eye surgery. However, rather than improving his vision and freeing him from his contacts, the procedure left him with so much eye pain and fuzzy vision that after six years, he took his own life... Dorrian, who ended his own life six years after having Lasik surgery, should have been disqualified from having the surgery. His pupils were overly large, and he suffered from extreme dryness of the eyes—two conditions that should have disqualified him from having the procedure. And yet he was cleared for it.

The Delaware County Medical Examiner determined Dorian shot himself in the chest on hospital site grounds at an undetermined date and time.

Dorrian, 28, went missing June 25. His family feared the worst after learning he used his credit card to purchase a gun the day he disappeared.

The Dorrians lived in Havertown 23 years before relocating to Avondale in 2004.

Dorrian graduated from Haverford High School, studied engineering at Cooper Union, and completed law school at the University of Michigan. He practiced patent law for two years in Los Angeles, but became dissatisfied and decided to embark on a medical career. Dorrian recently completed pre-med course work at Drexel University and achieved high scores on his Medical College Admissions Test. Friends said he was in the process of applying to medical schools.

Dorian’s father, Gerry Dorian, believes his son was driven to suicide by complications from LASIK eye surgery he underwent in 2001. Doctors told Dorrian he was not a good candidate, but he went through with the procedure anyway.

Gerry Dorian said his son consulted many specialists and closely followed developments in the technology, hoping for a breakthrough that could reverse the damage. Colin took his own life after concluding “that wasn’t going to happen,” Gerry Dorrian said.

Colin left a message on his computer indicating he would kill himself if he couldn’t get his vision corrected, Gerry Dorrian said.

“There wasn’t anything else going on in Colin’s life that would have driven him to this,” Gerry Dorrian said. “For some people, the outcome of LASIK can be impossible to deal with.”

“Colin was a very giving person,” said Greg Benson, a Havertown resident and friend of the family who knew Dorrian since childhood. Dorrian was helping Benson’s son prepare for his SATs.

One of Colin’s roommates, Peter Litt, described Dorrian as smart, capable, and willing to take on challenges. Litt noted that Dorrian seemed tired and stressed when he last saw him.

“Colin was bright, dynamic, and charming,” said Gerry Dorrian. “He was the kind of person who could walk into a room and change the room.”