"When I began doing wavefront research in the late 1980s, I realised that refractive surgery was increasing the aberrations of the eye and was causing a loss of best-corrected acuity... We used to not pay much attention to higher order aberrations because we couldnt fix them." - Raymond Applegate, OD, PhD. Source: EuroTimes June 2003

Do you have higher order aberrations after LASIK that negatively affect your quality of life? If so, the FDA wants to hear from you. File a MedWatch report with the FDA online. Alternatively, you may call FDA at 1-800-FDA-1088 to report by telephone, download the paper form and either fax it to 1-800-FDA-0178 or mail it to the address shown at the bottom of page 3, or download the MedWatcher Mobile App for reporting LASIK problems to the FDA using a smart phone or tablet. Read a sample of LASIK injury reports currently on file with the FDA.

The image below-left shows a severe form of spherical aberration after LASIK (notice that the pedestrian is completely obscured by the starburst). Below-right is an image simulation of the eye chart generated from the corneal topography of a patient with higher order aberrations. 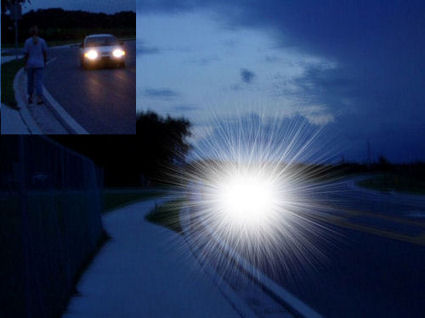 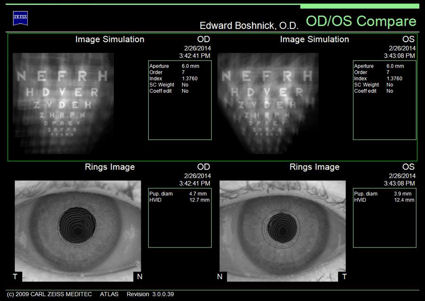 Higher order aberrations (HOA) are more complex forms of defocus. HOA are present in all human eyes, but in normal, unoperated eyes HOAs are so minor that they are barely noticeable if at all. The cutting of a LASIK flap and ablation of corneal tissue creates an unnatural, irregular shape of the cornea which increases the higher order aberrations of the eye. Symptoms of HOA include starbursts, halos, double vision, multiple images and smeared vision. The severity of induced HOAs depends on the profile of the LASIK flap, ablation profile, and the size of the patient's pupils. You can read more about pupil size and quality of vision after LASIK here.

If you are having problems with your vision after LASIK, your first step should be to get a new pair of glasses to see if it improves your vision. Often patients have "residual refractive error", even with the latest custom LASIK technology (so much for wavefront super human vision). If your vision problems are not corrected with glasses, you likely have higher order aberrations. Only hard contact lenses have the potential to correct higher order aberrations. 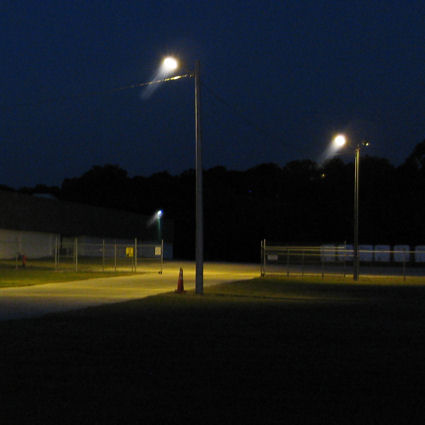 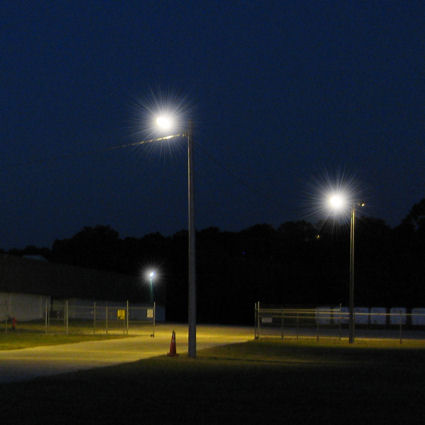 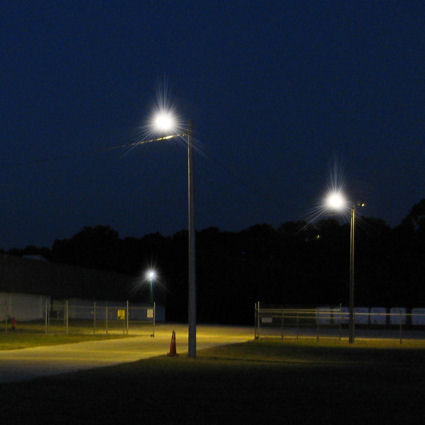 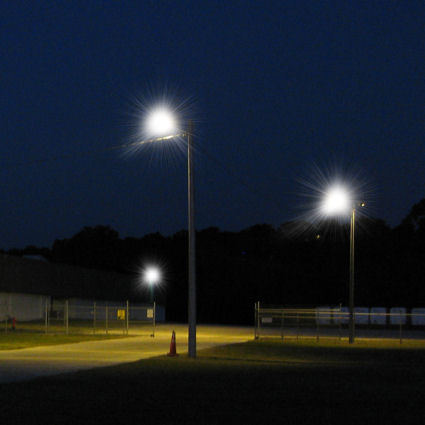 Custom LASIK, also known as wavefront-guided LASIK, was introduced by the LASIK industry in the United States in 2003. Unlike conventional LASIK which is based solely on refraction (measurement of myopia, hyperopia and astigmatism), 'custom' or 'wavefront-guided' LASIK is based on the total (lower and higher order) aberrations of the eye. A wavefront map is obtained prior to surgery which is used to program a custom treatment for each individual eye. Although the goal of wavefront-LASIK is to correct 'small optical imperfections' (HOAs), the procedure actually makes them worse than before surgery. The increase in HOAs is greater with conventional LASIK than with custom wavefront-guided LASIK. This really has little to nothing to do with the ability of custom-LASIK to treat preoperative aberrations -- it is due to removal of more tissue in the periphery of the cornea to account for loss of laser energy on the slope of the cornea (cosine effect). Wavefront-optimized LASIK attempts to maintain the cornea's original curvature shape by applying more laser energy in the periphery, but, like other forms of LASIK, it consistently leads to an increase in higher order aberrations. Read more: Link

From the FDA website: "Although wavefront-guided treatments attempt to eliminate higher order aberrations, results from the clinical studies have shown that the average aberrations still increase, but less than they do after conventional LASIK." Source

TAKE THE WAVEFRONT CHALLENGE! If you decide to go through with LASIK after reading this website, take the wavefront challenge. Get a copy of your preoperative wavefront map. (If you tell the surgeon why you want this map, he may not want to proceed with your surgery.) After surgery, ask for a post-op wavefront map taken at the same scan diameter as the pre-op map. Compare the higher order aberrations from pre-op to post-op. (This measurement is meaningless if the scan diameters are not identical). Did the higher order aberrations increase? Did your surgeon warn you that your custom-LASIK treatment would lead to an increase in visual distortions? Now do you believe us?

Was this information helpful? Use the contact form on the menu bar above to send us a message.

METHODS: Thirty patients were enrolled in the study and randomly assigned to undergo bilateral LASIK with either the Alcon CustomCornea laser system or the WaveLight Allegretto Wave laser system. Standard clinical outcomes such as visual acuity and manifest refraction were evaluated as well as quality of vision measures such as subjective questionnaires and higher order aberrations. All patients completed follow-up examinations for 3 months following surgery.

RESULTS: At 1 and 3 months after surgery, the uncorrected visual acuity and the refractive outcome were similar for the two laser platforms, with 90% to 93% eyes being within +/- 0.5 D of intended outcome. At 1 and 3 months the Alcon CustomCornea group had a statistically significant lower amount of induced total higher order aberrations compared to the Allegretto Wave group (P < .05).

OBJECTIVE: To assess safety, efficacy, predictability, stability, and change in aberrations after wavefront-guided LASIK for myopia and myopic astigmatism.

DESIGN: Prospective, nonrandomized, self-controlled trial. PARTICIPANTS: Wavefront-guided LASIK was performed in 97 eyes in a 1-year trial. Treated eyes had a mean subjective manifest spherical equivalent (SE) of -5.22+/-2.07 diopters (D), with a range of -0.25 to -9.00 D of myopia and 0 to -3.25 D of astigmatism. I

NTERVENTION: After a microkeratome cut, a wavefront-based excimer ablation (Zyoptix 3.1) was performed. The full treatment to achieve emmetropia of an early nomogram provided by the system manufacturer was used in all procedures.

CONCLUSIONS: Wavefront-guided LASIK using Zyoptix 3.1 is an effective and safe procedure for the treatment of myopia and myopic astigmatism. Although in close to half of the eyes HOAs could be reduced, there was still undercorrection and induction of HOAs with the algorithm employed.

Visual optics is taking on new clinical significance. Given that current refractive procedures can and do induce large amounts of higher order ocular aberration that often affects the patient's daily visual function and quality of life, we can no longer relegate the considerations of ocular aberrations to academic discussions. Instead, we need to move toward minimizing (not increasing) the eye's aberrations at the same time we are correcting the eye's spherical and cylindrical refractive error. These are exciting times in refractive surgery, which need to be tempered by the fact that after all the research, clinical, and marketing dust settles, the level to which we improve the quality of the retinal image will be guided by the trade-off between cost and the improvement in the quality of life that refractive surgery offers.

PURPOSE: To compare changes in the corneal wavefront aberrations after photorefractive keratectomy and laser in situ keratomileusis.

METHODS: In a prospective randomized study, 22 patients with bilateral myopia received photorefractive keratectomy on one eye and laser in situ keratomileusis on the other eye. The procedure assigned to each eye and the sequence of surgery for each patient were randomized. Corneal topography measurements were performed preoperatively, 2 and 6 weeks, 3, 6, and 12 months after surgery. The data were used to calculate the wavefront aberrations of the cornea for both small (3-mm) and large (7-mm) pupils.