Halo effect, or halos, occur commonly after LASIK. Like starbursts, the severity of halos increases with increasing pupil size. The LASIK industry uses the term "glare" to describe these visual aberrations.

After LASIK, halos may appear around any relatively brighter area or reflective object. The LASIK industry does not consider these visual aberrations as a complication, even though the patient may no longer be able to drive at night. Halos and other visual disturbances after LASIK may lead to diminished quality of life.

In the image below, the yellow caution sign and white stripe on the edge of the road have a halo, whereas the streetlights have starbursts. 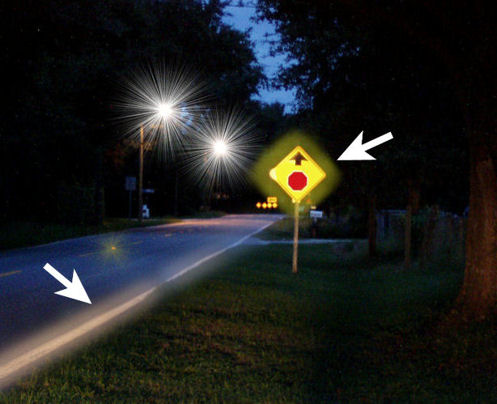 The image below shows halos around table lamps and loss of contrast sensitivity after LASIK in dim light. 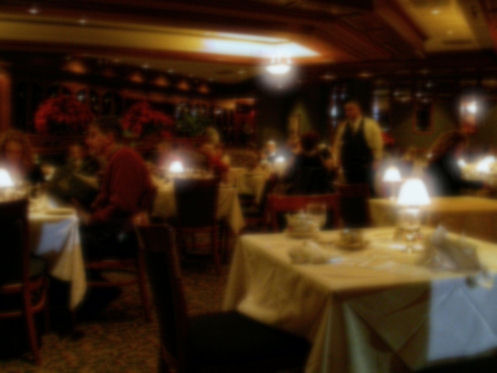 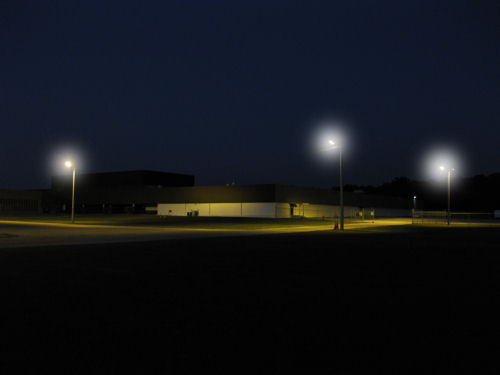 Below is a scene at night depicting post-LASIK halos of increasing severity.